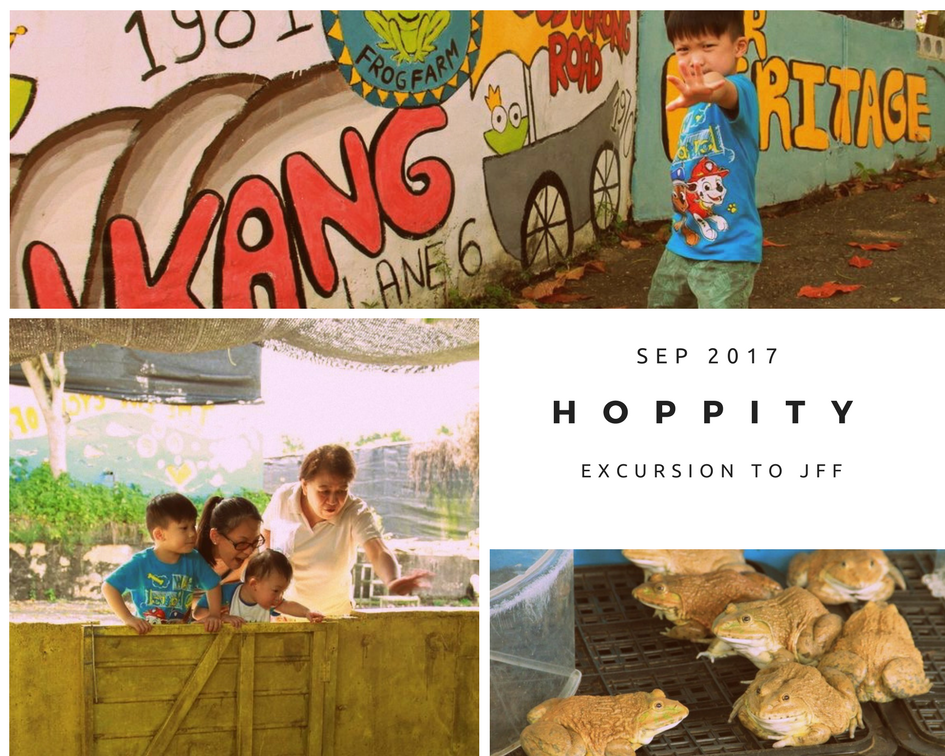 Nestled in the north western corner of our tiny Singapore island is a whole area dedicated to local farming, affectionally termed ‘Kranji Countryside’. One of these farms includes Jurong Frog Farm (now known as JFF Pte Ltd). Having recently discovered the impressive nutritional value of frog legs for which you can read from this recipe post, we decided to take a hoppity excursion to this local frog farm with the kids.

The first thing that greeted us were colourful wall murals at the entrance. I was half expecting a muddy, dreary farm so this cheerful touch was a nice surprise and got the kids really excited. It was a quiet Friday morning and we were the first visitors. The salesperson manning their store, affectionally called The Royal Frogshop, said we could roam around freely and feed the frogs. As we purchased a small tub of frog feed I took the opportunity to ask about what was in the feed. I explained my concerned about antibiotics and other nasties given Corey’s serious allergies and the salesperson was kind enough to show me the break down of the ingredients in the feed.

Wasn’t quite sure what I was expecting but at least its good to know the frog are fed vitamins, minerals and lots of proteins.

Then we were off to feed the frogs. We only had to follow our ears and head towards the frogs’ deep croaking. They were separated in different concrete pens, ranging from biggest frogs to smaller ones. The lighting was very dim and perhaps this is a optimal environment for them. Even so, we managed to catch some teamwork breast strokers in action while Riley fed them. 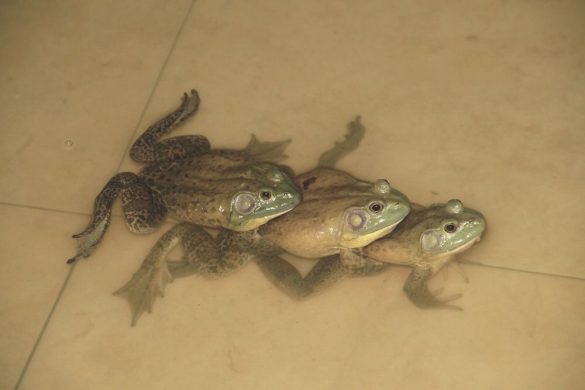 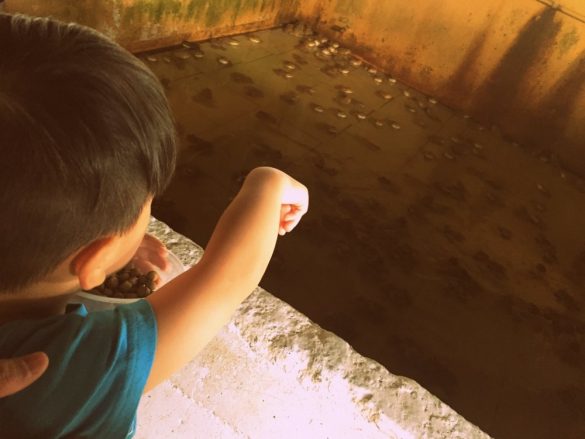 A lesson on the Life Cycle of Frogs 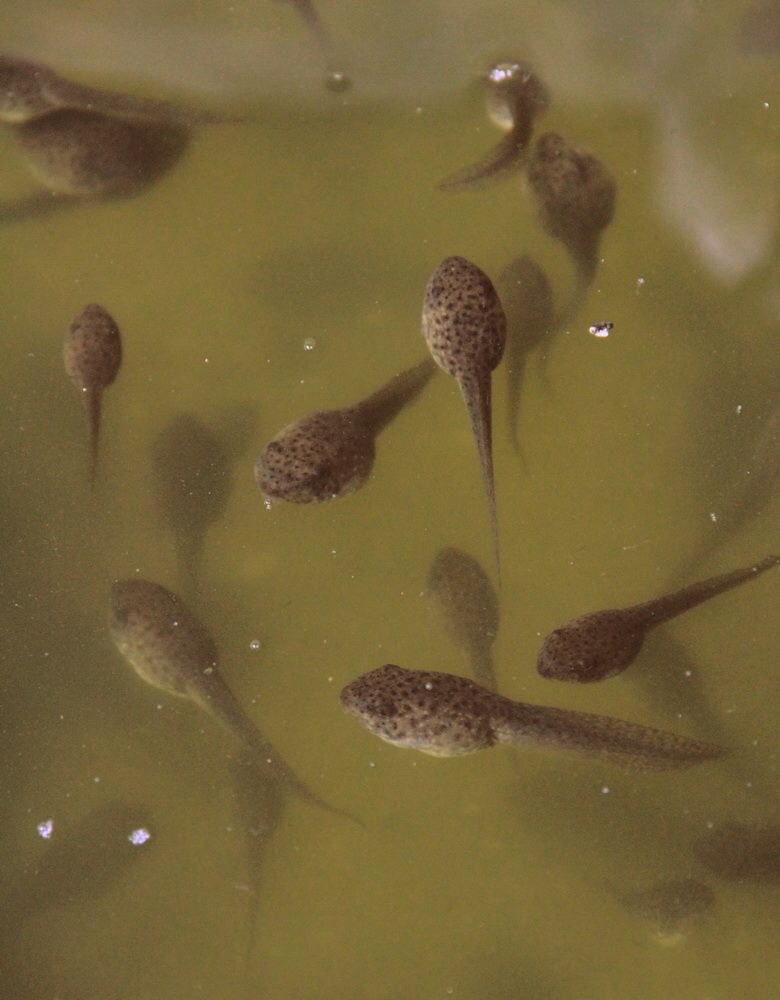 After feeding the matured frogs, we wandered around and found a huge tank full of tad poles. I explained how baby frogs came from eggs. When hatched, baby frogs, called tadpoles, do not have legs nor arms. He found this giggly and said that they look fat balls with long tails! Then he asked me how they grew into big (adult) frogs. Ingenious mummy whipped out a piece of paper and drew an impromptu illustration of the life cycle of frogs! For someone who cannot draw for nuts, I give myself full marks for effort, heh. 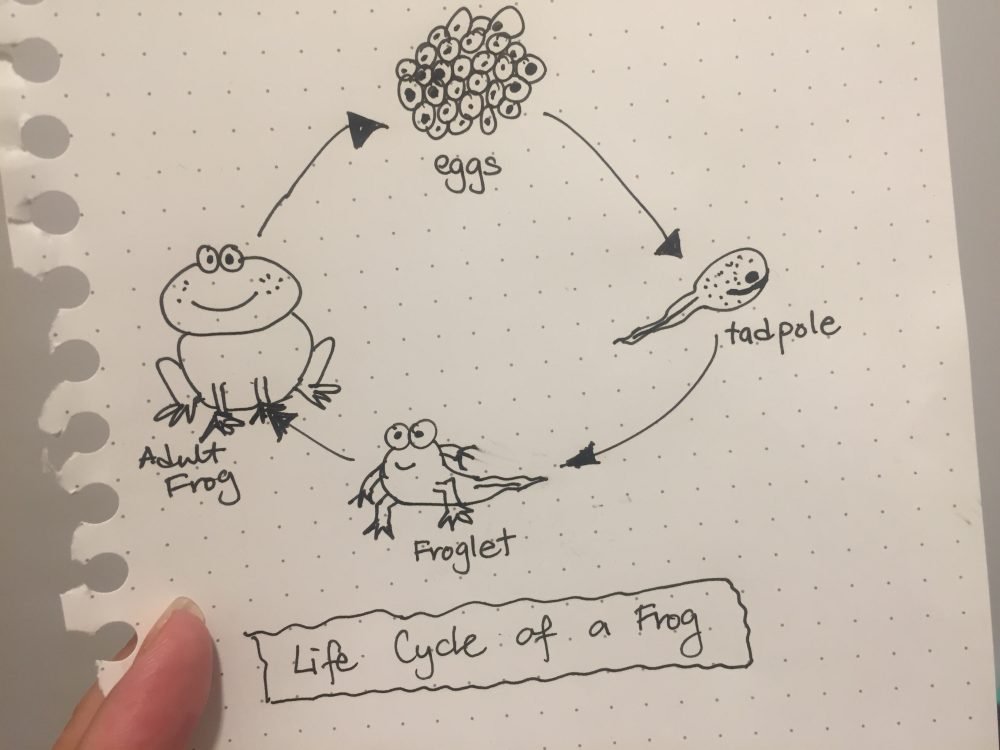 illustration of a life cycle of a frog

By this time, baby Corey had started to get restless from the heat. So we headed back to the Royal Frog Shop to pick up my preordered fresh frog legs. I noticed some nice outdoor seating fully shaded by surrounding trees which is a thoughtful touch. 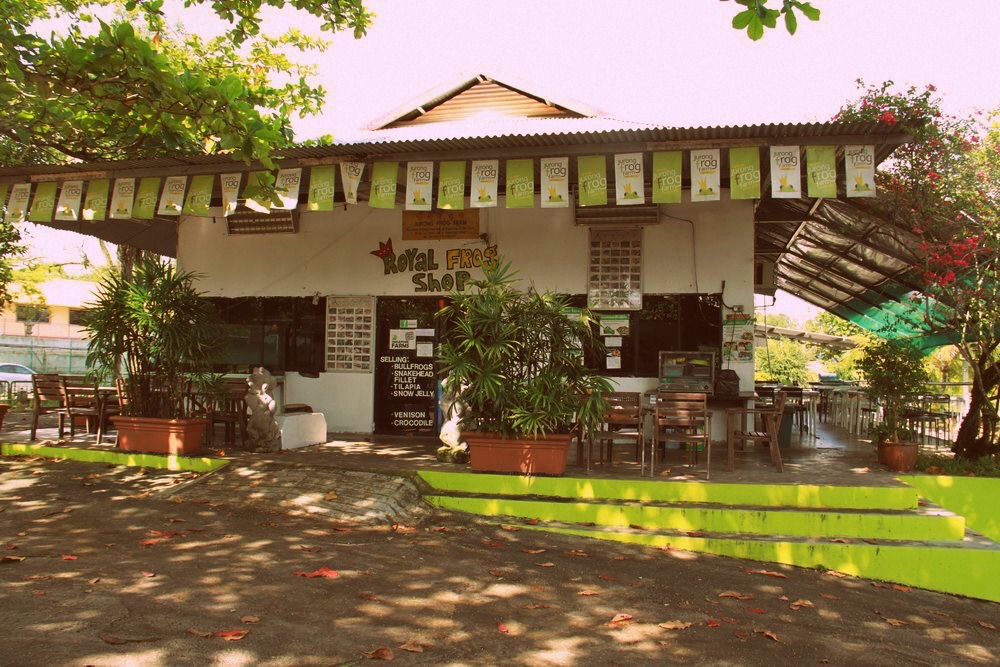 While paying for my fresh frog legs, I noticed they also sold their own locally produced Hashima. My earliest memories of eating Hashima was in my grandma’s ‘tong shui’. Tong shui is a Cantonese dessert made with Hasima, rock sugar, red dates and goji berries. I always assumed it was some type of fish maw or jelly. Little did I know that it is harvested from the fatty tissue of bull frogs! It is also commonly known as the poor man’s bird’s nest for it’s similar healing properties but costs cheaper. I had not had it in years since my grandma passed on, so I picked up a pack to try making some myself. Will post up the recipe soon. Oh, and did I mentioned I also picked up 2 Little Frog Princes as well? 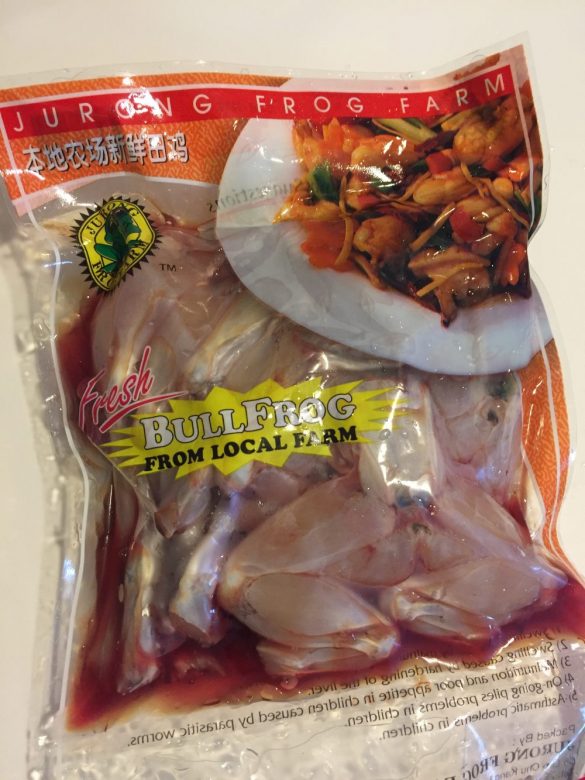 our loot for the excursion 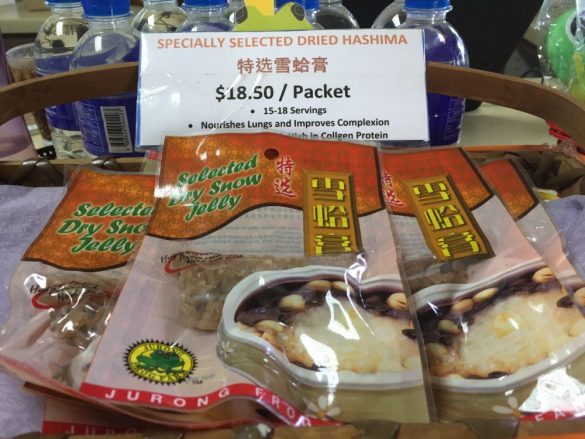 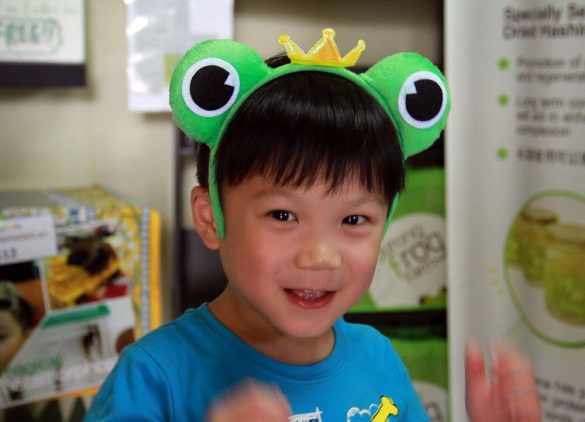 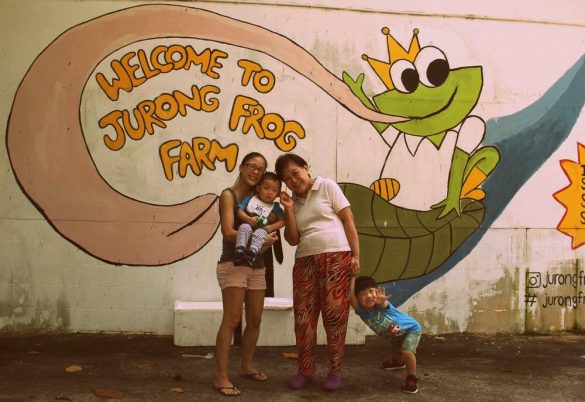 family picture before we go

I bought the frog legs fresh (pre packed) which are more expensive than their frozen version. I decided to freeze them myself since we could not finish it all at one go. Even after 2 weeks in my freezer, it tasted amazing. In fact, it tasted way better than the (claimed) fresh ones I bought from the wet market. Additionally, they are reared without the use of antibiotics, steroids or hormones.

Suffice to say I will be ordering from them again since they take online orders and do delivery. I did not need any more convincing beyond Riley’s spontaneous response at dinner of ‘Thanks mummy for making this awesome chicken wing, I really love it!’ Ok, so he still does not know that it is frog’s legs yet. I fear telling my 3 year old that it is frog’s legs will turn him off from eating this marvelous protein.

You can find my recipe here stir fry frog with ginger and scallions. 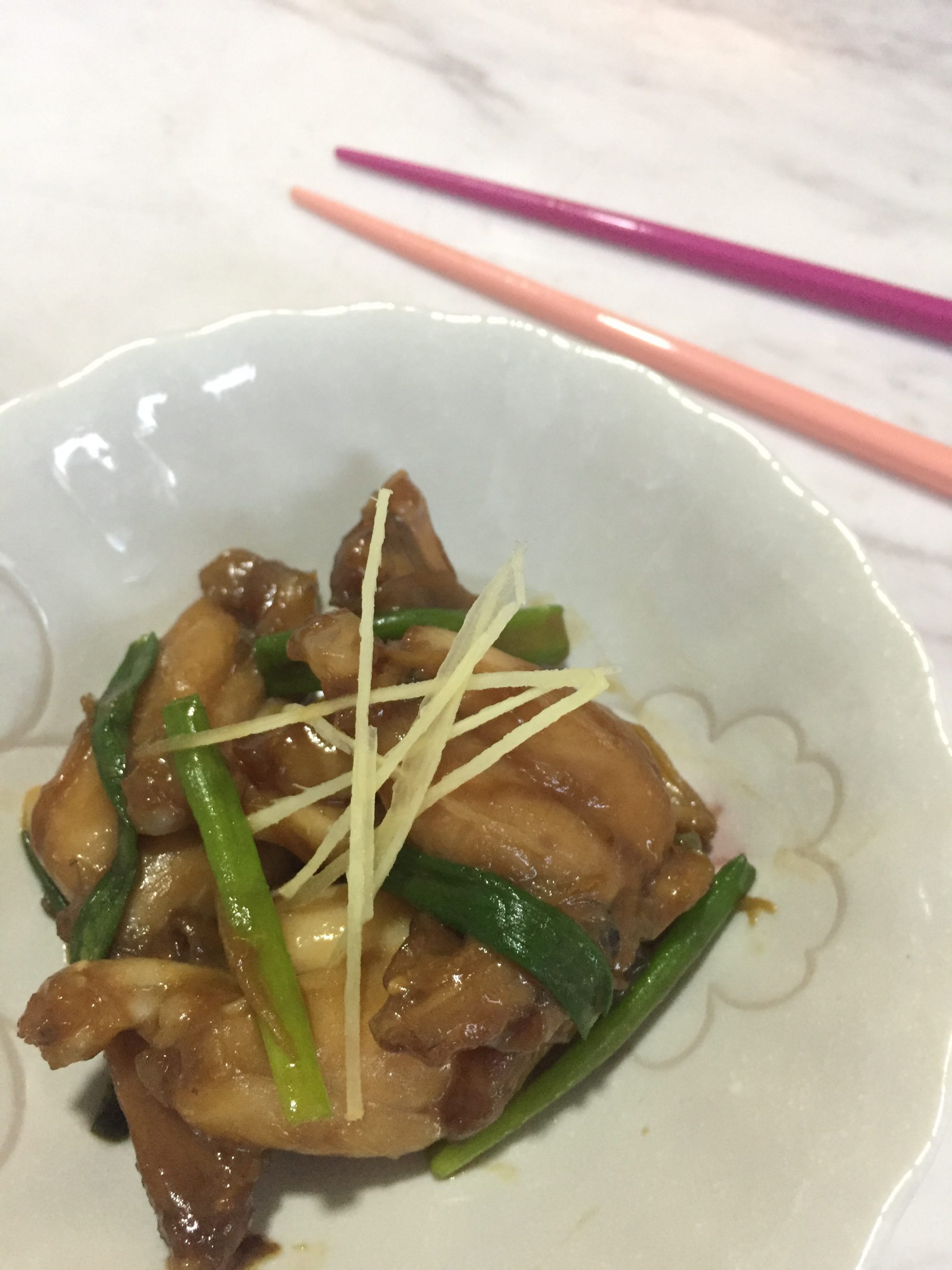 Check out Jurong Frog Farm website at www.jurongfrogfarm.sg. They also conduct weekend tours and food tastings for the public. Oh, and remember to bring sun screen and mosquito repellent.

All opinions expressed are my own. This is not a sponsored post 🙂

How to heal allergies

Amaze your kids with these simple magic flowers,...