This past month I added a new section to our eczema journal! The Eczema Monthly Review. For the uninitiated, a monthly review in your bullet journal is a one page look back at what has worked or hasn’t in the past month. It also contains stuff you want to work on for the coming month and also any general observations made over the last month.

Summarizing A Month of Eczema Healing 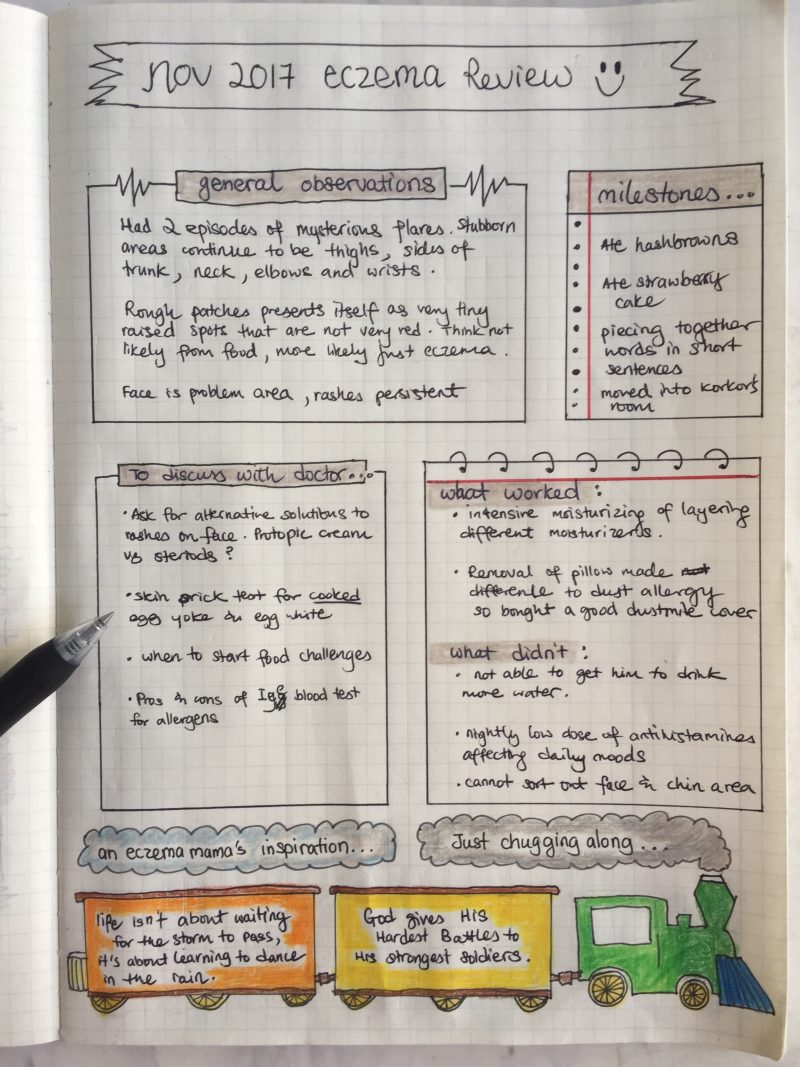 This monthly review has been extremely helpful in summarising Corey’s healing progress this November. Crucially, it helped me organise my thoughts on items I want to discuss with his doctor at our next appointment. 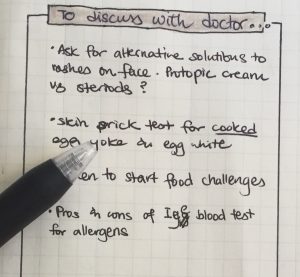 So many times I’ve reached home after our specialist appointment, and felt like kicking myself for forgetting to check on certain things.

Having an active toddler who refuses to sit still makes for a tough time carrying on an adult conversation, let alone a very crucial specialist appointment.

There are only so many rice snacks he will eat before he starts to get restless. And before you point out that there’s such a thing as YouTube, I’ve tried that too. It was a challenge to have a very serious doctor’s discussion with wheels of the bus blasting repeatedly in the background.

So, usually I have to think fast and talk faster. And also jot down notes where possible (when Corey isn’t grabbing my pen and paper).

If you have a VERY ACTIVE AND RESTLESS TODDLER having a summary like this does wonders during doctor appointments. 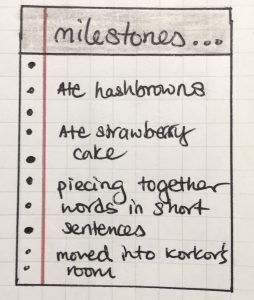 For the longest time I was envious of other babies’ monthly milestones tracking, which I never did for Corey. You know the kind where babies pose with some cute milestone message like ‘I sat up for the first time today’ or ‘I said my first word’.

He was usually too rashy during those moments and I was probably too busy battling some flare to notice much else. Yes, such is the life of an eczema mama. If you are not one and am interested in finding out more about this breed of mothers, read this post How to Identify an Eczema Mama.

As he approaches his second birthday, he is now squarely on a proper healing path. Having more good days means he has more exciting new experiences which brings a smile to mummy’s face. Noting these down is a great way for me to see how far we have come.

Focus on the happy moments

It is easy for an eczema mama to lose positivity when a setback like an itch attack occurs. Celebrating these milestones reminds me that there are so many things we can focus on, other than the rashes (And I KNOW exactly how hard it is to stop focusing on pesky rashes). Maybe I’ll add a photolog to this milestone section (some food for thought for the next month’s Eczema Monthly Review!).

When I went through this list again, I giggled at the thought of him being able to eat Macdonald’s hashbrowns. Hashbrowns is clear of all his food allergens as declared on the Singapore Han Bao Bao website. His daddy was less impressed that he was eating something unhealthy, but hey I figured this skinny boy can afford some fats. The hashbrown disappeared faster than I could take proper photos. So here’s a photo of him learning to eat grilled chicken wings on his own. 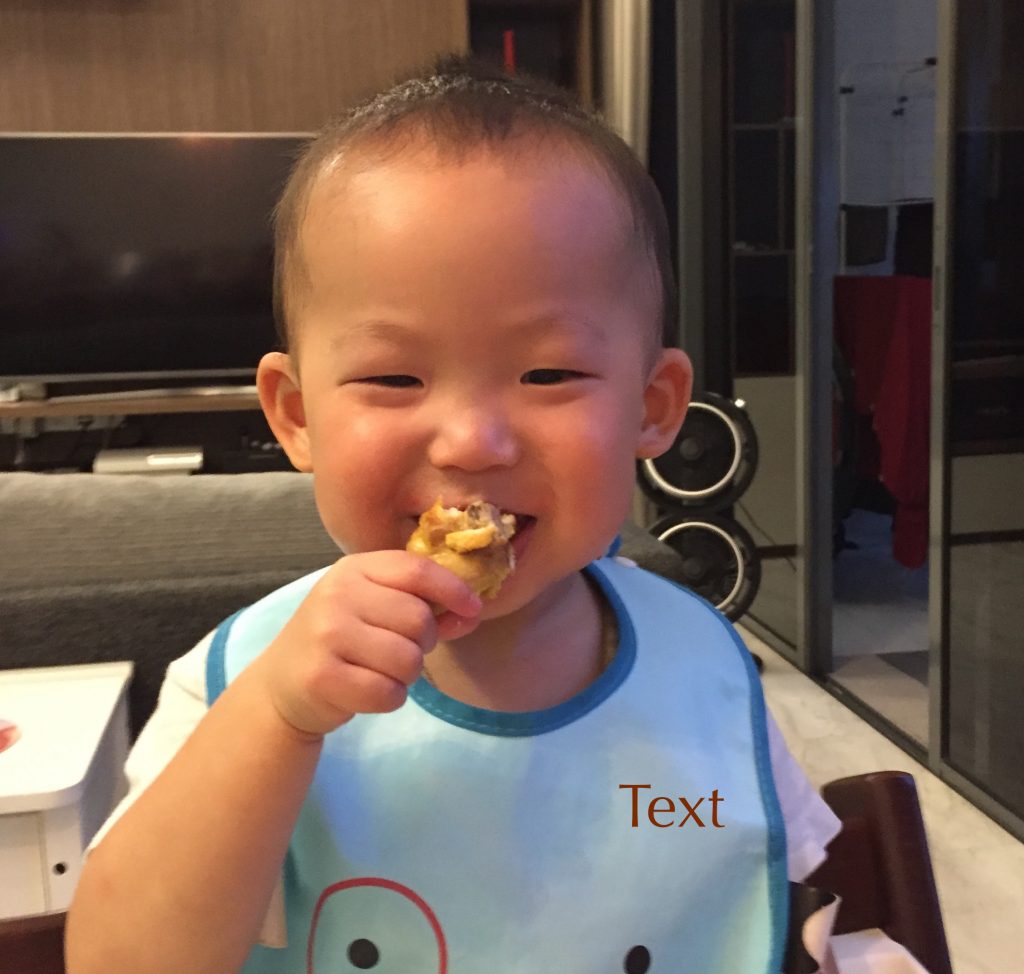 Corey has been recently obsessed with choo choo trains. He started piecing words into broken sentences this month, and would excitedly squeal ‘CHWOO CHWOO TRWAAAIN!! every time he saw one. This inspired me to draw a train at the bottom.

Since there was some blank space, I added two inspirational quotes that have gotten me through some difficult days. 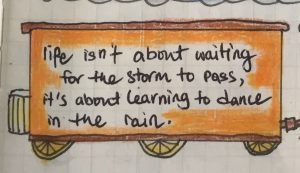 life isn’t about waiting for the storm to pass, it’s about learning to dance in the rain

was inspired by the fact that I have to make the best of his condition and help him to thrive.

Many a times people will make a comment like he will outgrow it someday. If I just sat around waiting for the outgrowing to happen, I think he skin would not be healing as well as it is today. So while I am thrilled at the idea of him outgrowing his allergies and eczema someday; I am going to give him the best chances of healing faster and better. 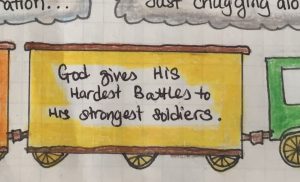 God gives his hardest battles to His strongest soldiers

Inspired by allergy mums who fight similar battles as I do day after day. When triggers are unknown and babies scratch incessantly, sometimes we are unable to do much more than we have. In those moments it is heartbreaking to watch our babies in discomfort, unable to help them.

Whatever your faith you have to know that only the strongest prevail, and eczema mamas are some of the strongest mothers I know 🙂 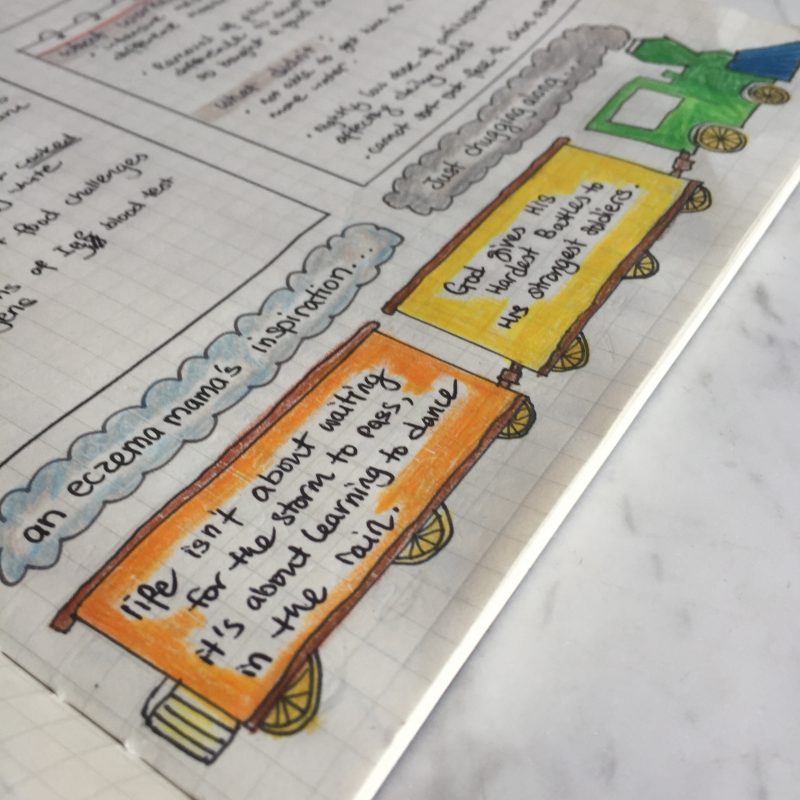 Up next ‘It’s-beginning-to-look-a-lot-like-Christmas’ December Eczema Tracker 2017.

What is an eczema itch scale and how...