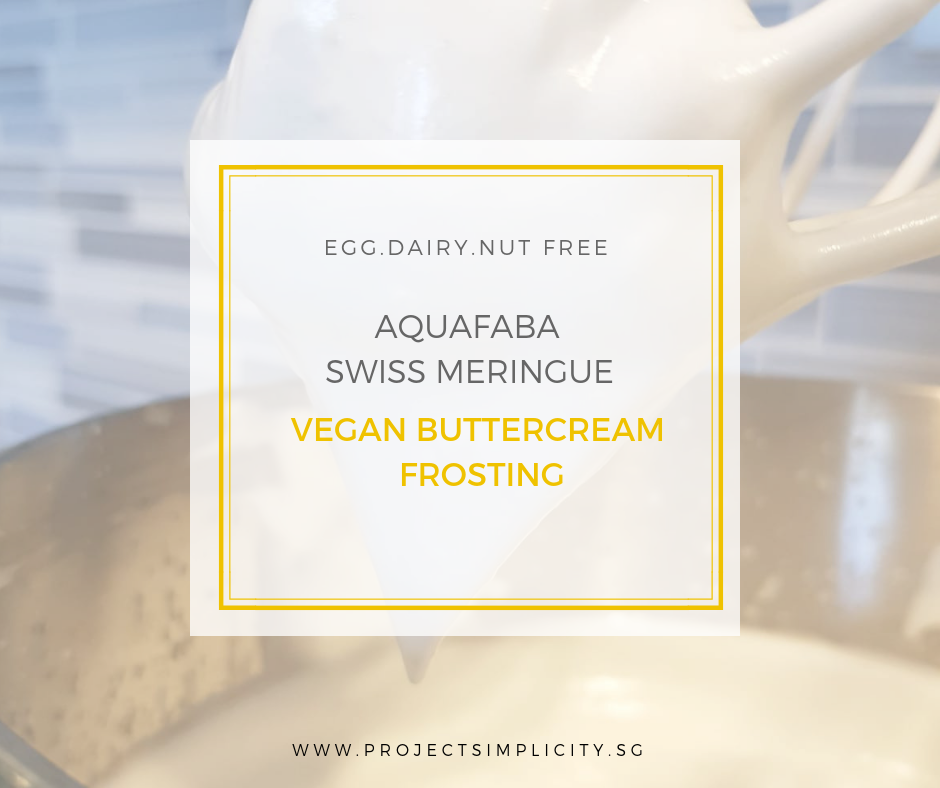 Back in the day BC (Before Corey!!), I have made many swiss meringue buttercreams full of egg whites and rich French butter. Ever since Corey’s allergies to eggs, milk and peanuts was confirmed, I gave up any thoughts of ever baking again because all the recipes I knew had eggs, milk and sometimes peanuts and nuts. That is till I met aquafaba vegan buttercream frosting!

But Corey, now approaching threenagerhood, has started to discover the wonders of cake. It started with the allergen-free soy cream rice flour cake from Chateraise on his second birthday. He has requested for cake at everybody’s birthday since so we’ve eaten the same cake maybe 4 times in the past 8 months!

It occurred to me that the novelty of the eating the same cake would run out at some point. Thus it triggered a need for me to look into other vegan cake options. I’ve attempted to locate a few commercial vegan bakers here in Singapore. But all of them could not ensure a reduced risk of cross-contamination from peanuts and nuts.

So again, I found myself at a crossroad. Necessity is the mother of all motivations so I decided I got to give baking him a cake a shot. First was the cake base.

I looked for a chocolate recipe because the Chateraise soy cake was vanilla sponge. The crazy chocolate sponge cake recipe I found had rave reviews. And since I already had all the ingredients in my pantry, it was easy to try. It turned out nice and moist. Did not need any egg replacers (although I am thinking I could incorporate bananas somehow in the next bake to make it healthier). It had a great rise and lots of spongey chew.

AQUA- WHAT? I’m a vegan noob so when I first read it on Gretchen Price’s blog, I thought the name was a joke. It totally is not, because it directly translates into WATER and BEAN. I followed Gretchen’s recipe and used the liquid from 2 cans of chickpeas (which prompted a need to find some chickpea recipes for dinner!).

My beloved dusty pink Kitchen Aid mixer had been sitting my store room gathering dust for far too long. So long that I wondered if it would work at all, and it did!

This is my first time making this and I must say I am very impressed with the way the aquafaba whipped into stiff peaks. This photo shows the aquafaba after about 3 – 5 minutes of whipping. I started to add the confectioners’ sugar after this. 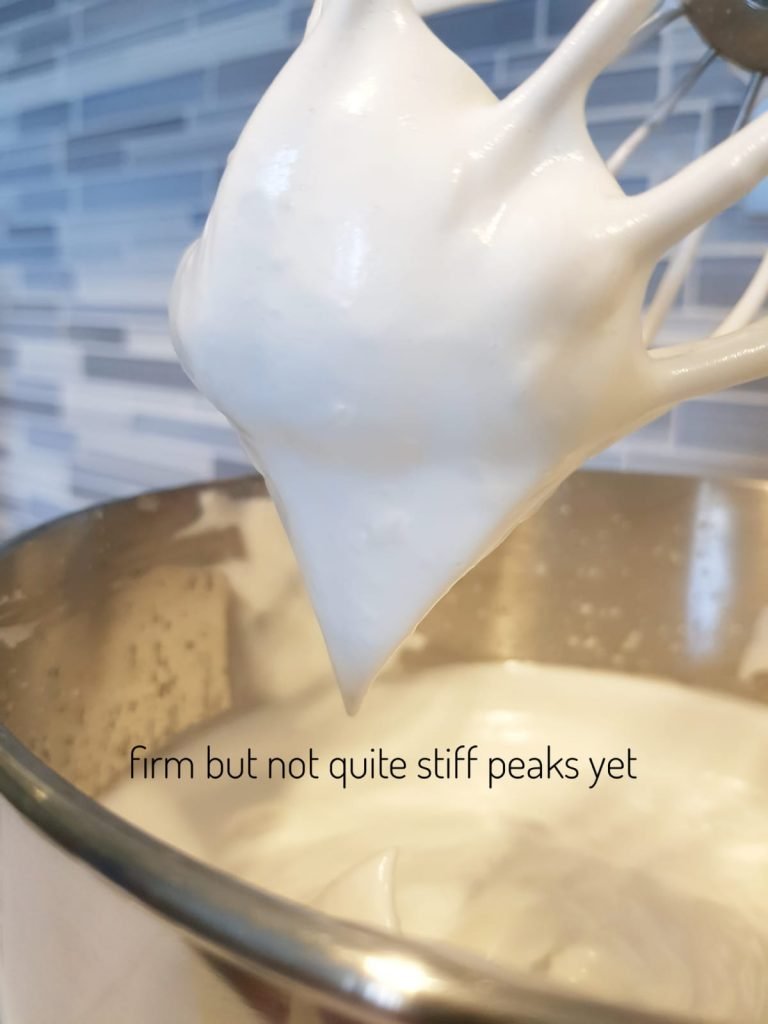 After the confectioners’ sugar, I added the fat.

It is important to get the right consistency of the fat before adding: firm but not rock hard, makes an indent when you press on it, but not too soft that it becomes mush. It takes a bit of practice and might require the margarine going back and forth,  in and out of the refrigerator to get right. 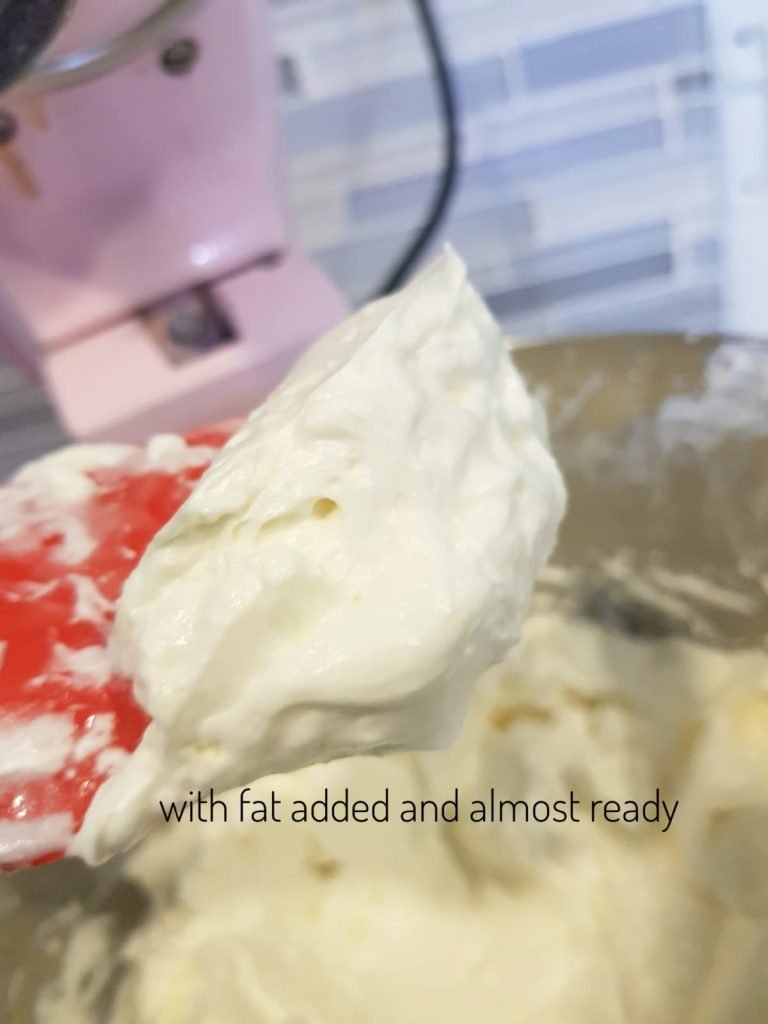 Here’s a picture of the fat and aquafaba meringue combined at high speed. It is almost ready but usually has some air bubbles from the high-speed whipping.

Swap out the whipping attachment to the paddle attachment. Beat on low speed to remove air bubbles and you are done!!

My recipe is below.

Gretchen’s recipe can be found on her blog at this link, there are videos and also great tips on how to make a great buttercream.

I can’t wait to try her aquaflaxa swiss meringue and will post my results of that at a later time. Here’s a look at how nicely this vegan buttercream covers a cake. 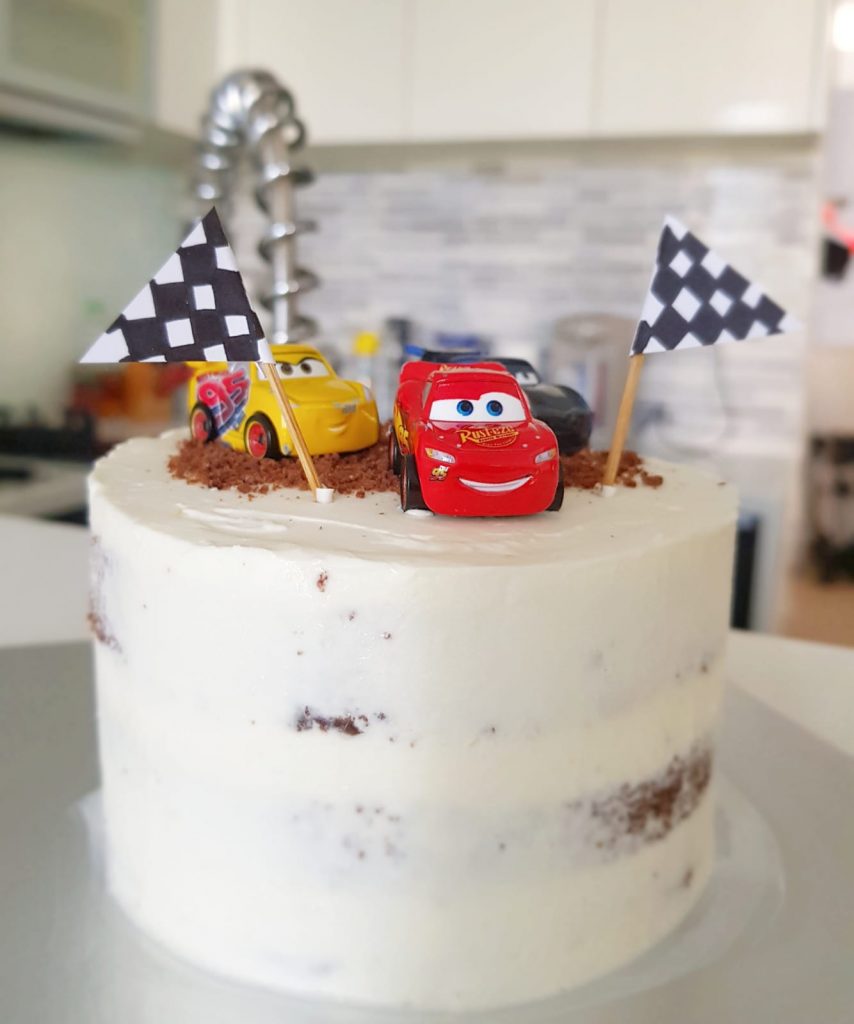 AND, it also survived my very bumpy Evolution car ride.. super impressive. Even better than my previous French Buttercream recipes. The stability is probably due to the shortening, but hey we only eat cake during special occasions so what’s a bit of unhealthy fats once in a while yeah? 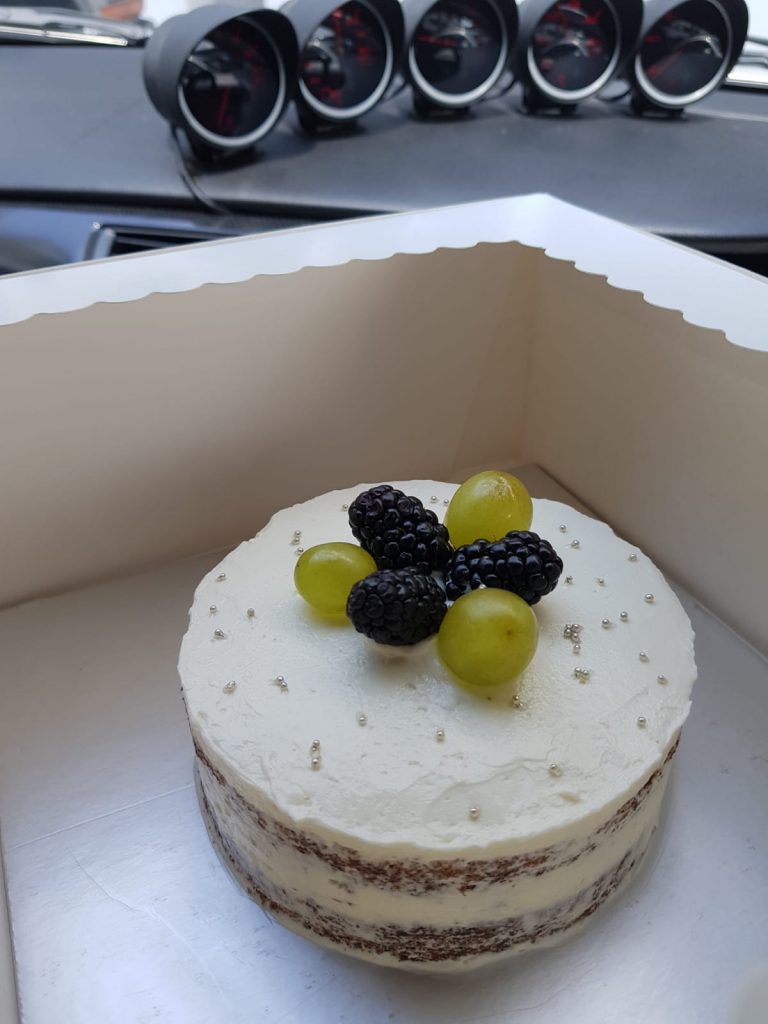 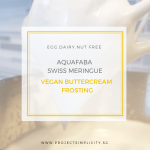 Combine the sugar with the chickpea water and bring to a boil. After about 5 minutes, transfer to a mixer bowl and cool completely ( I put mine in the fridge to speed up the cooling)
With the whip attachment of the Kitchen Aid, whip the cooled aquafaba on high speed until it is thick and glossy to firm peaks. Be patient as this usually takes 3 - 5minutes.
Combine the cream of tartar with 2 Tbs of confectioners sugar and then add that to the firm peaked meringue, continue whipping and add the remaining confectioners' sugar.
Add vegan butter and shortening and continue whipping at high speed to a smooth consistency
Add vanilla and combine

It was pretty stable and tasted really buttery probably owing to the Nuttelex margarine.

Hi, sounds perfect. Can this be frozen do you know?

Oh yes can be frozen just like regular butter cream. Transfer from freezer to fridge the night before you want to use. Rewhip on paddle attachment in your mixer on medium speed to get it to a nice consistency for piping. If its too hard and cold, warm up the sides of your mixer with a hair dryer to help the emulsion happen. Follow me on Instagram @amandaprosimple to see a batch of cupcakes I just piped with rewhipped frozen aquafaba.